The power to stop cancer.
The experience to know how.
The dedication to make a difference. 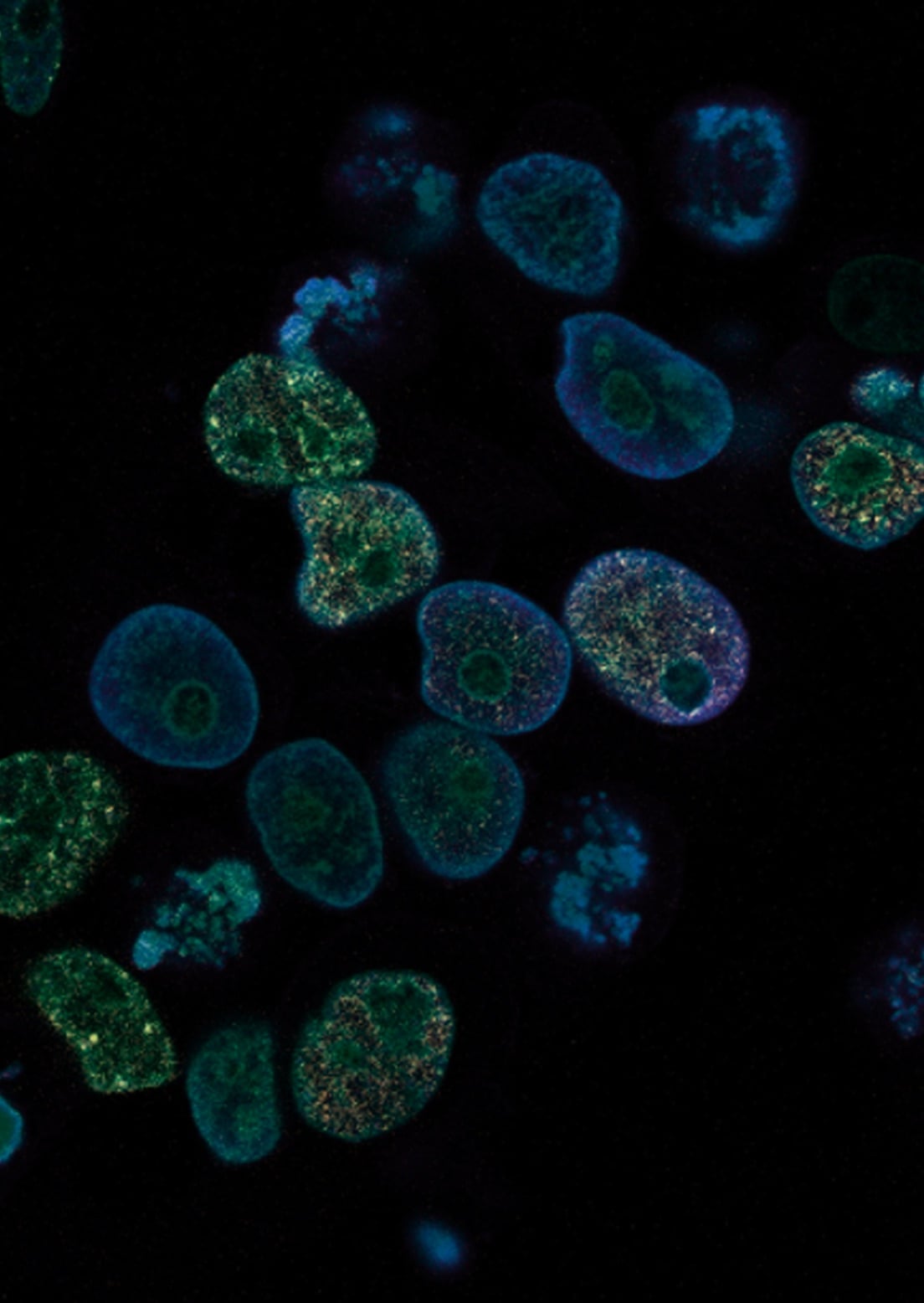 We are bringing the power of precision radiopharmaceuticals into a new era.

Radiopharmaceuticals – a class of precision oncology medicines – are poised to transform the treatment of solid tumors. By hitching a radioisotope to a small molecule, these potent therapies can selectively deliver the proven power of radiation directly to tumors throughout the body.

We are applying our deep drug discovery and development expertise against novel cancer targets from a broad class of surface receptors to produce targeted small molecule radiopharmaceuticals. We seek to create effective new treatments for cancer patients that enable us to go far beyond what’s been done before – bringing us closer to the day we can say “cure.” 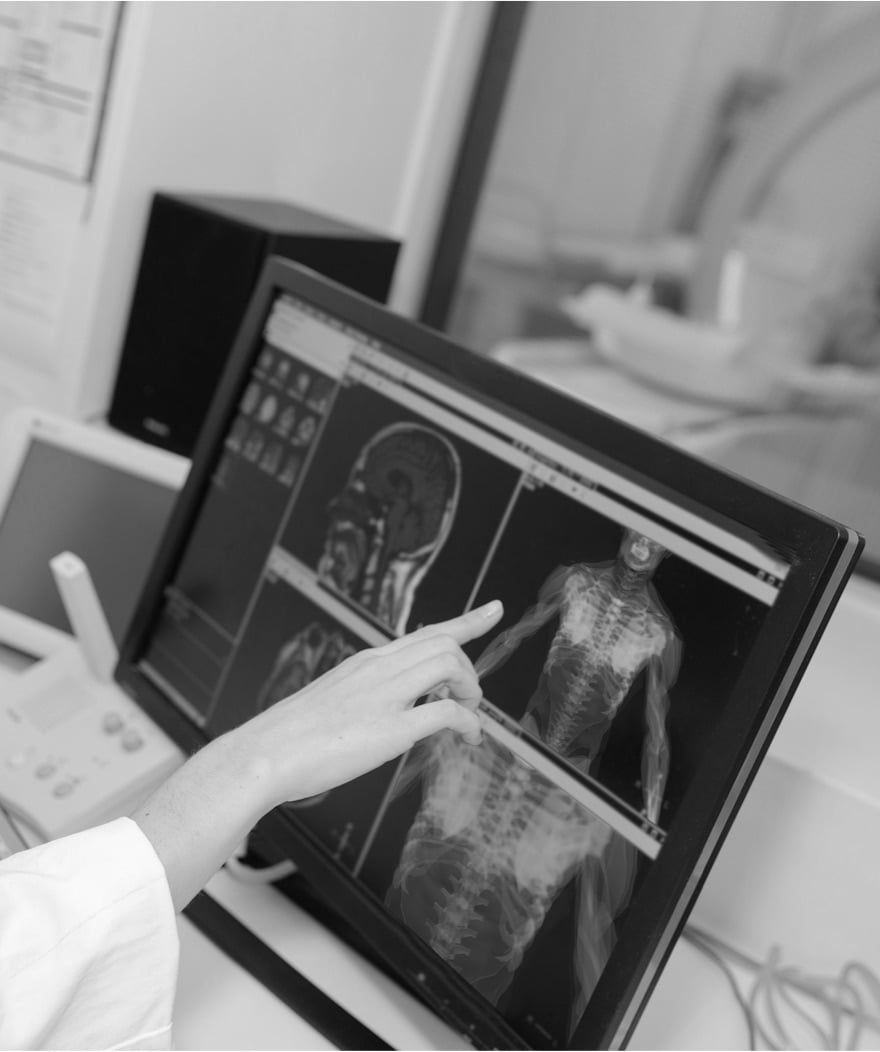 Targeting GPCRs, a vast and largely unexplored class for radiopharmaceuticals

Agnostic to alpha- or beta-emitting radioisotopes 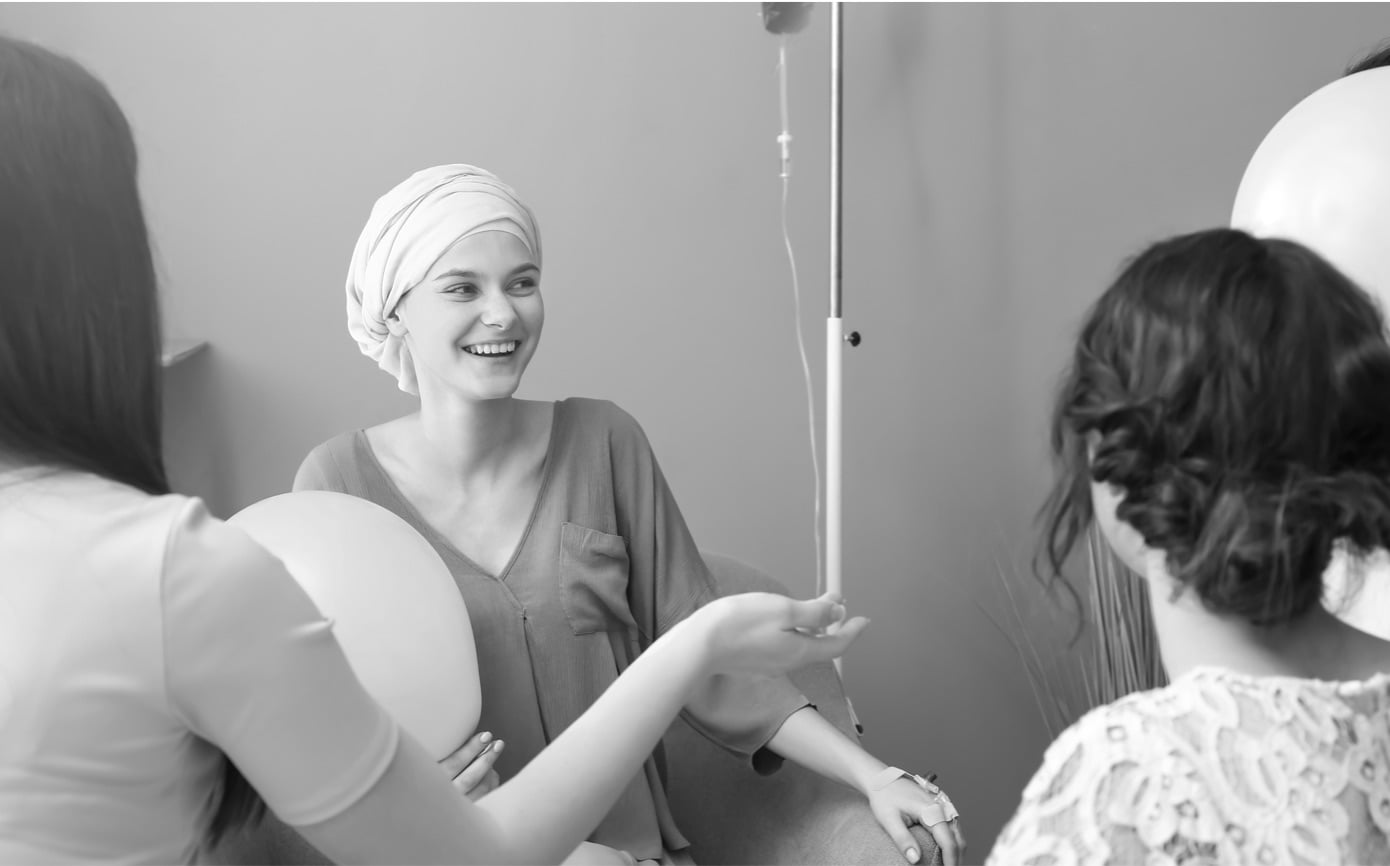 The versatile utility of radiopharmaceuticals is core to our development strategy.

Part of a treatment strategy known as theragnostics, radiopharmaceuticals can be used for both therapy and diagnosis.

Radiopharmaceuticals, when tethering a radionuclide suitable for imaging, create a map of cancerous tumors in the body that provides precise diagnostic information. From the imaging results, the patients who are most likely to respond are identified and treated with individualized regiments of the therapeutic version of the same radiopharmaceutical. This precision medicine approach seeks to make substantial improvements in clinical outcomes.

Broadly enabling technology to dramatically expand the application of radiopharmaceuticals.

We deliver targeted effects of radiation via optimal drug design. 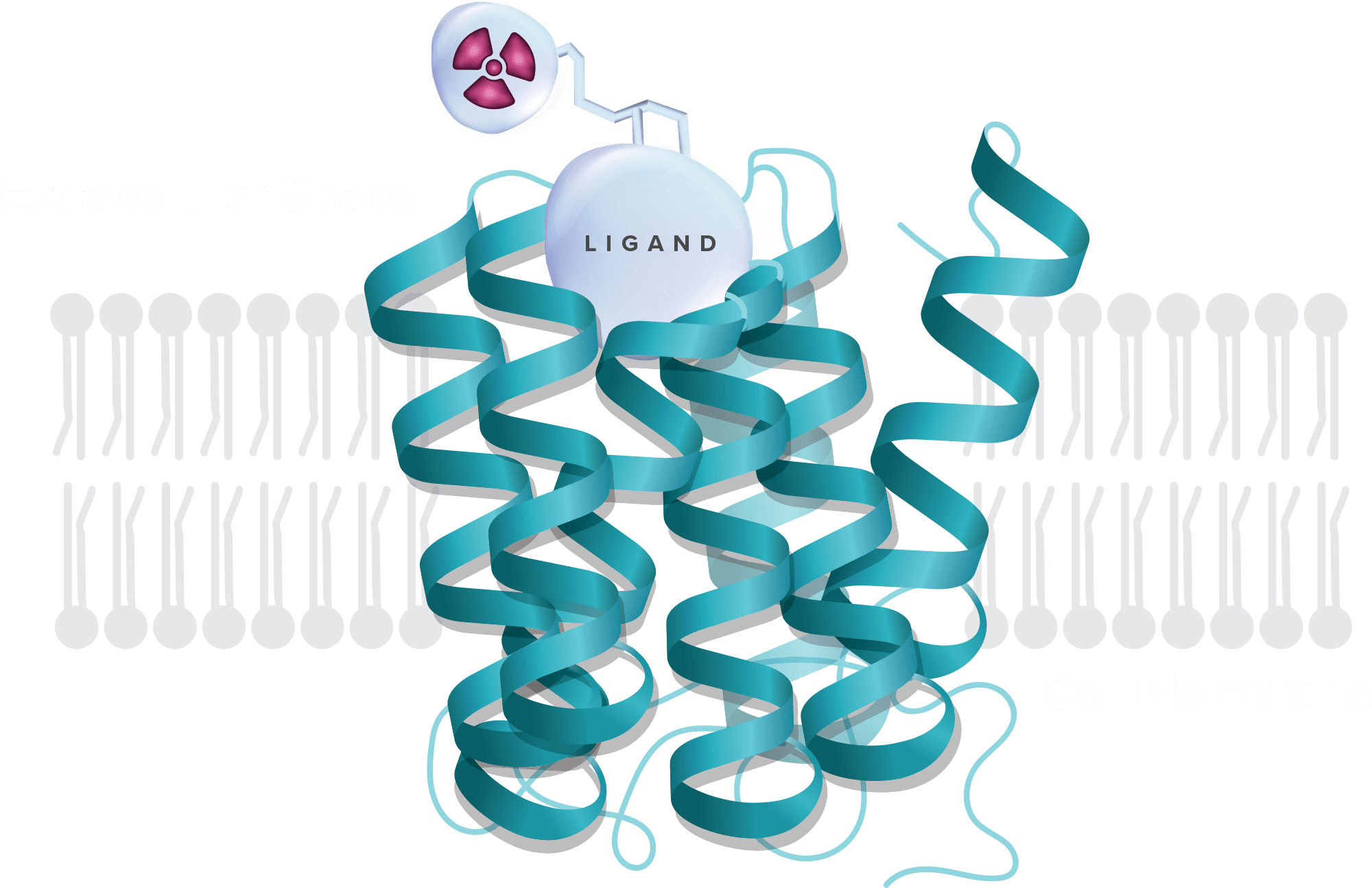 We have built the only platform for the rapid discovery and development of novel small molecule radiopharmaceuticals that bind to GPCRs overexpressed on cancer cells.

Our unique approach marries a vast knowledge of GPCR biology with unrivaled proficiency in small molecule medicinal chemistry to develop potent and highly selective radiopharmaceuticals. We take a fit-for-purpose approach, pinpointing the precise target and selecting the ideal small molecule ligand paired with the optimal radioisotope to achieve a therapeutic effect. 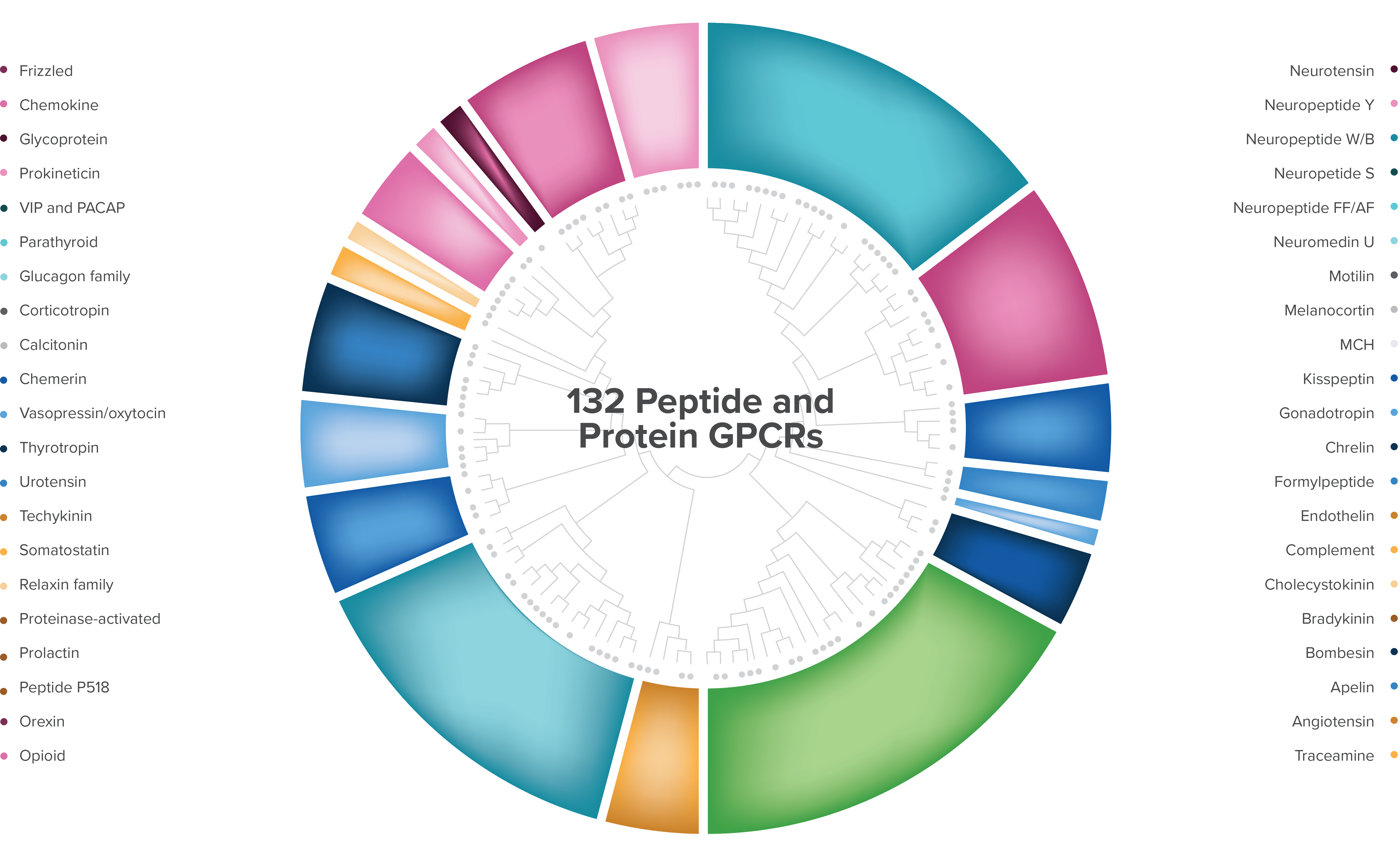 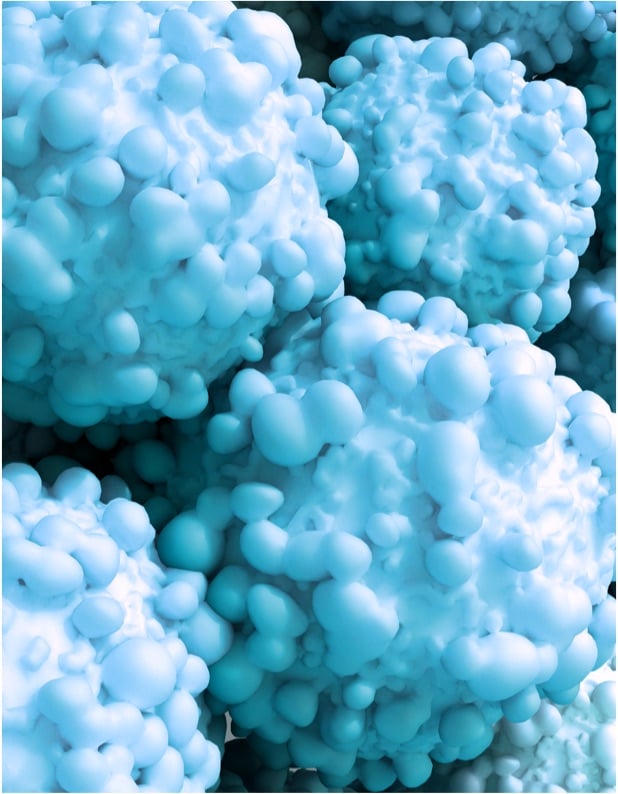 Given GPCR overexpression in many tumors, they can be targeted in a vast range of cancer indications, from common to rare tumors.

We are a passionate and collaborative team with deep expertise in GPCR discovery and oncology drug development. 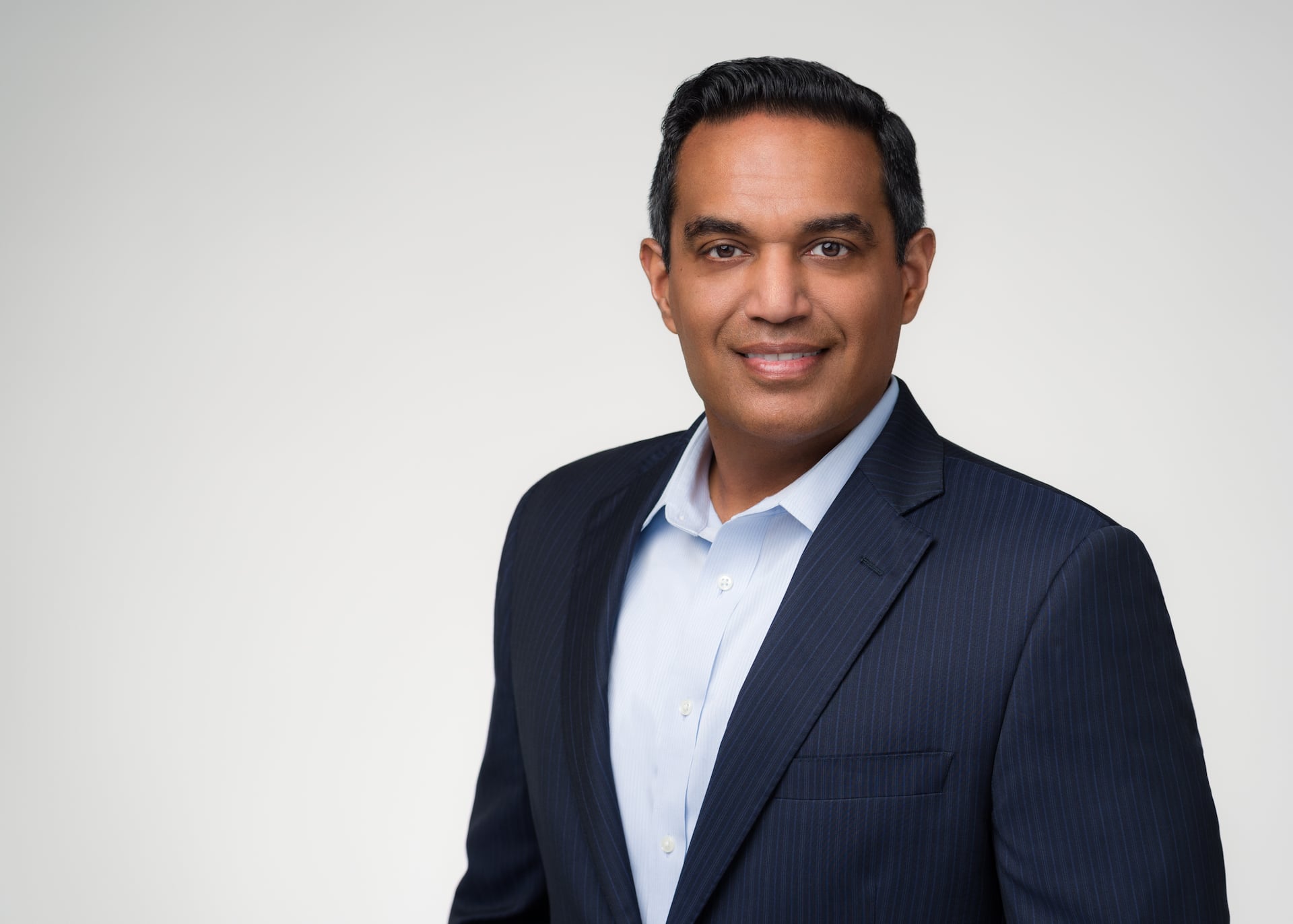 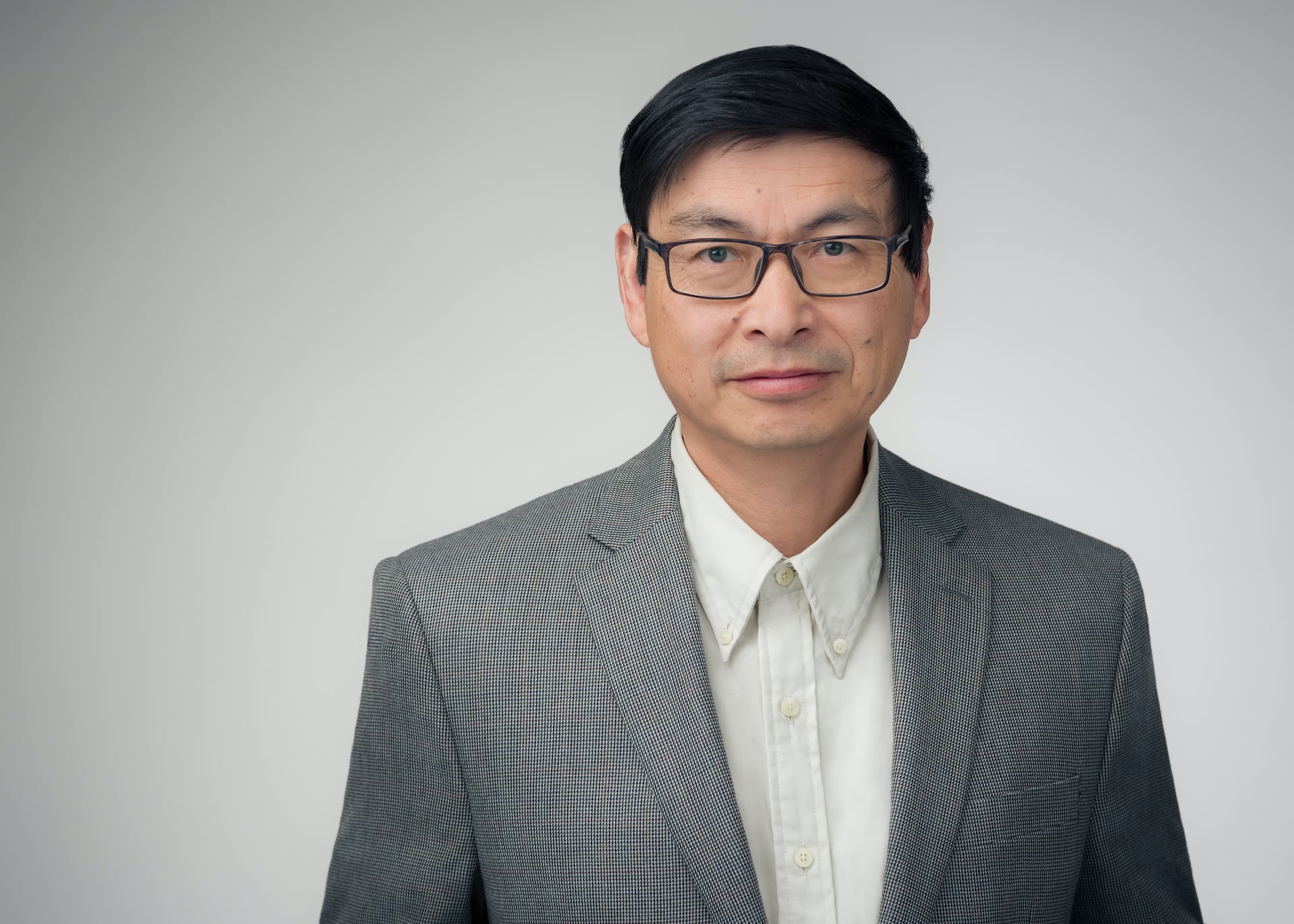 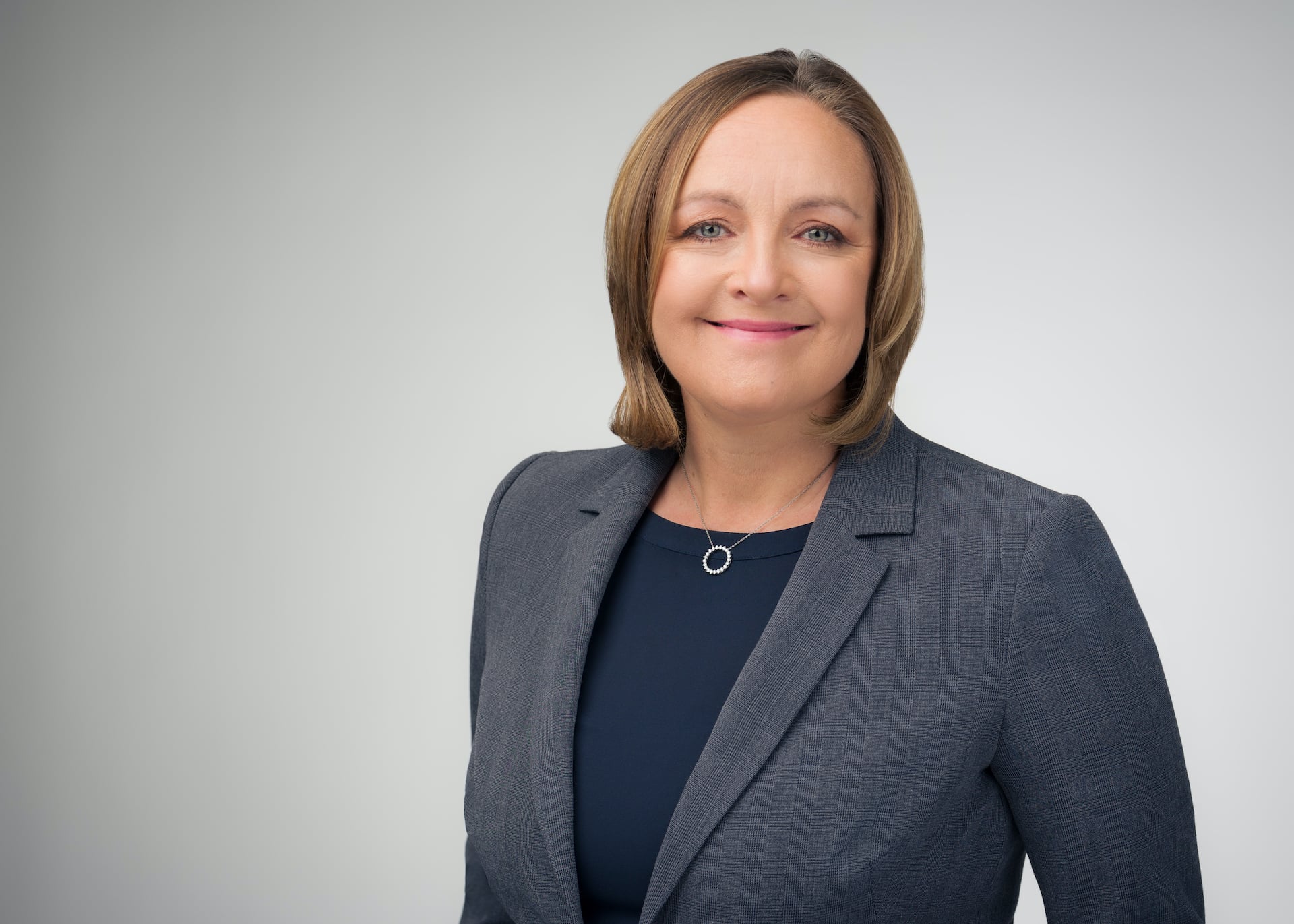 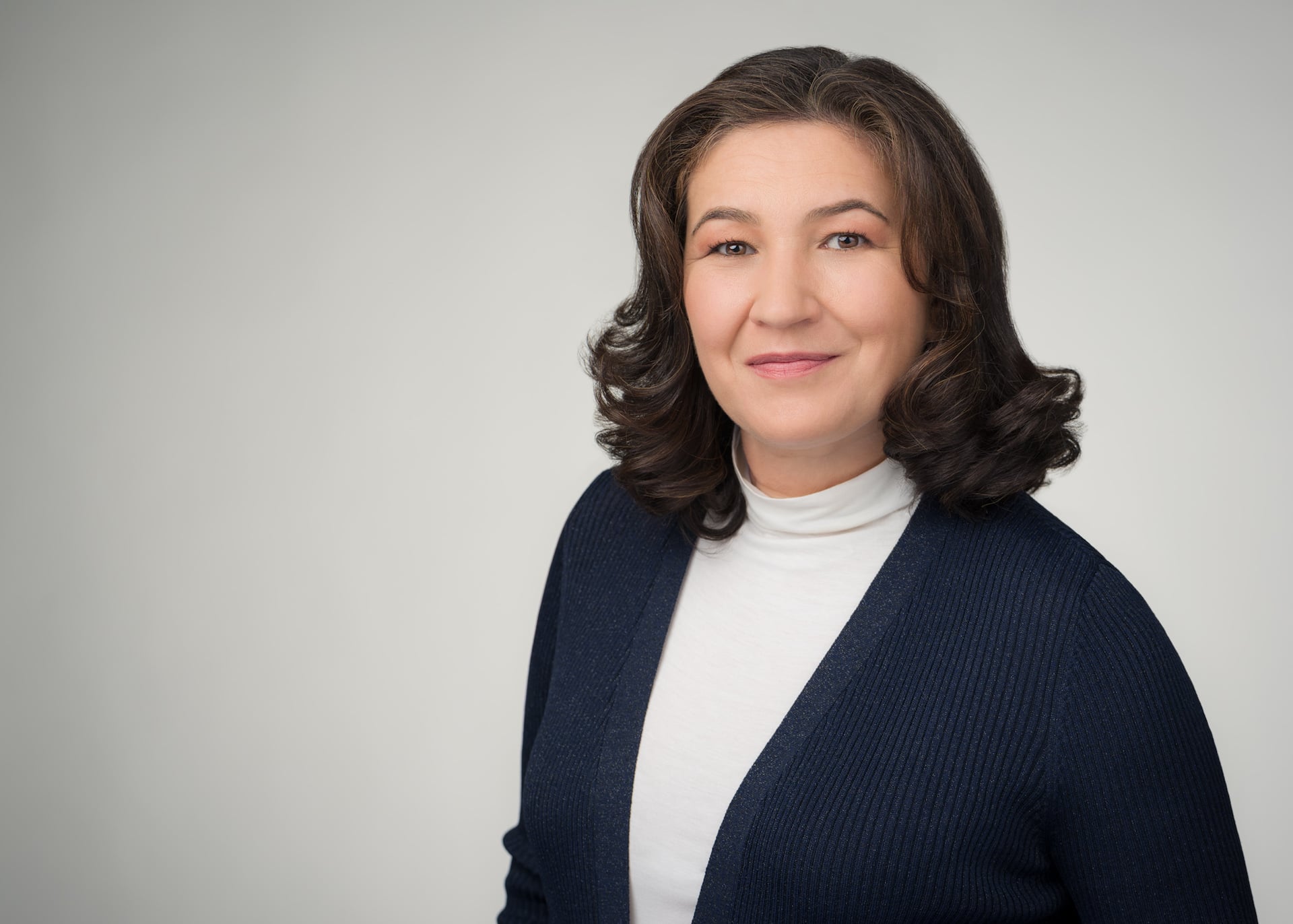 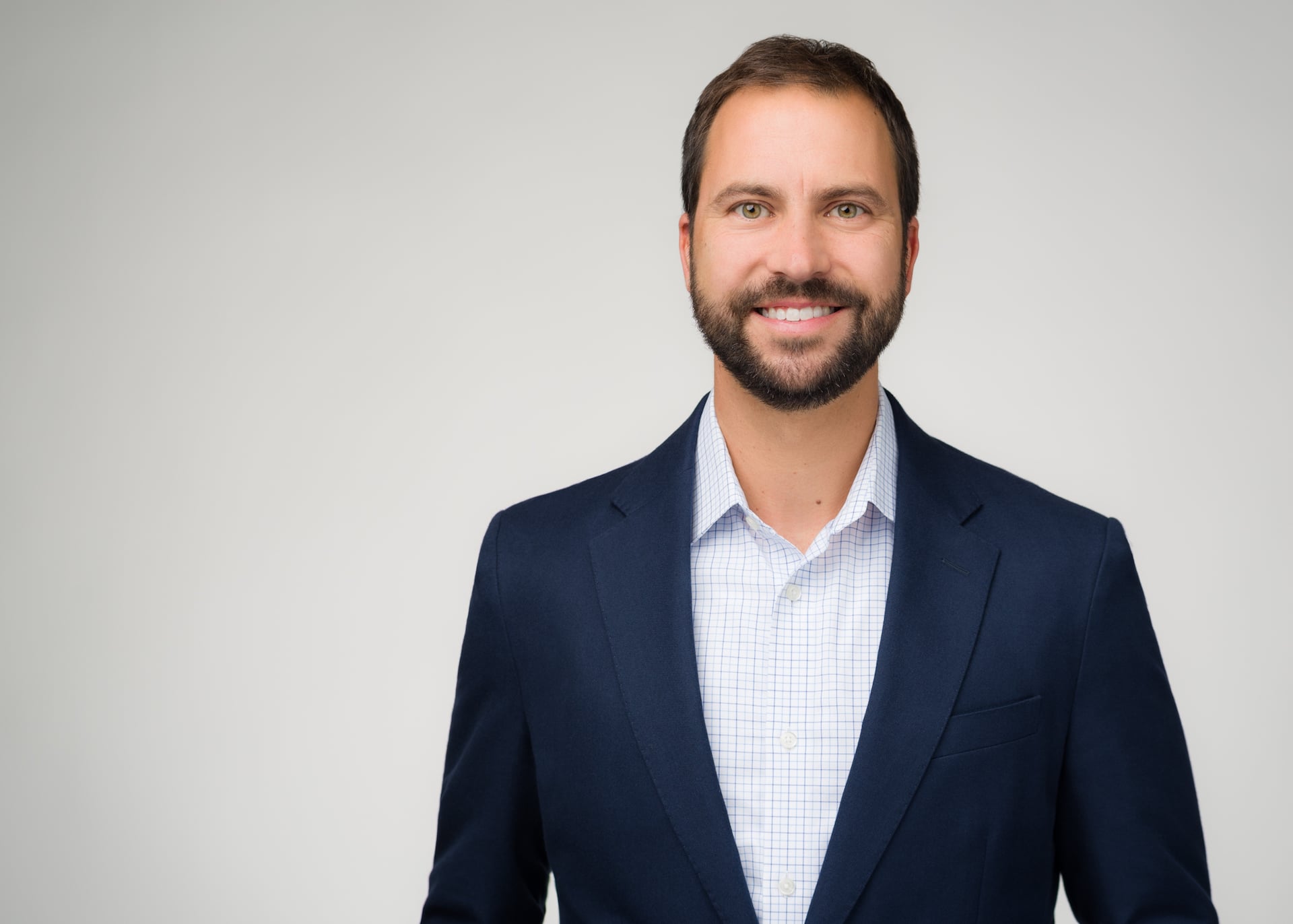 The Radionetics platform was built and incubated within Crinetics (CRNX), a leader in GPCR-targeted drug development, prior to our spin out and financing by 5AM Ventures and Frazier Healthcare in October 2021. Our continued collaboration with Crinetics accelerates our early discovery efforts. 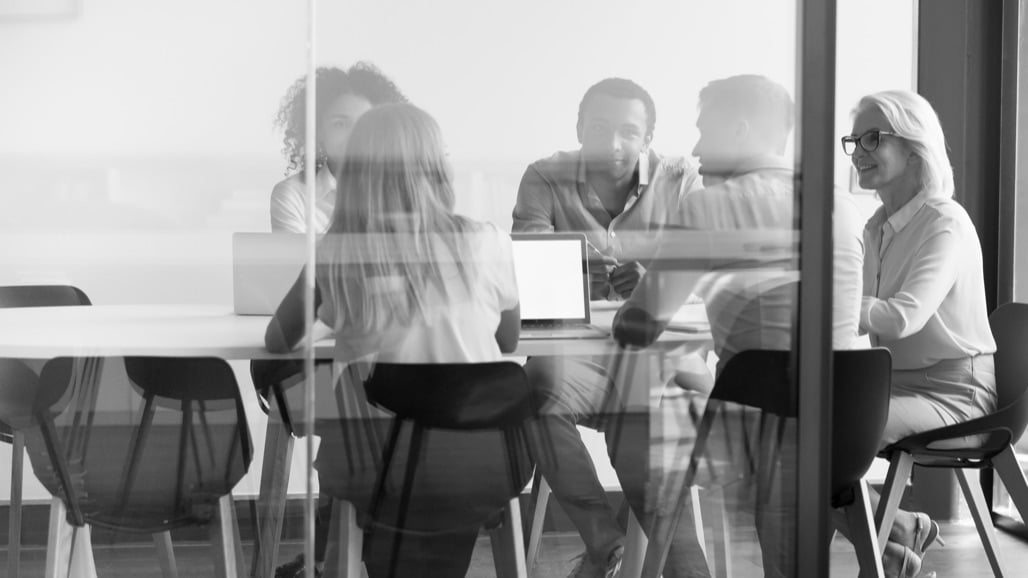 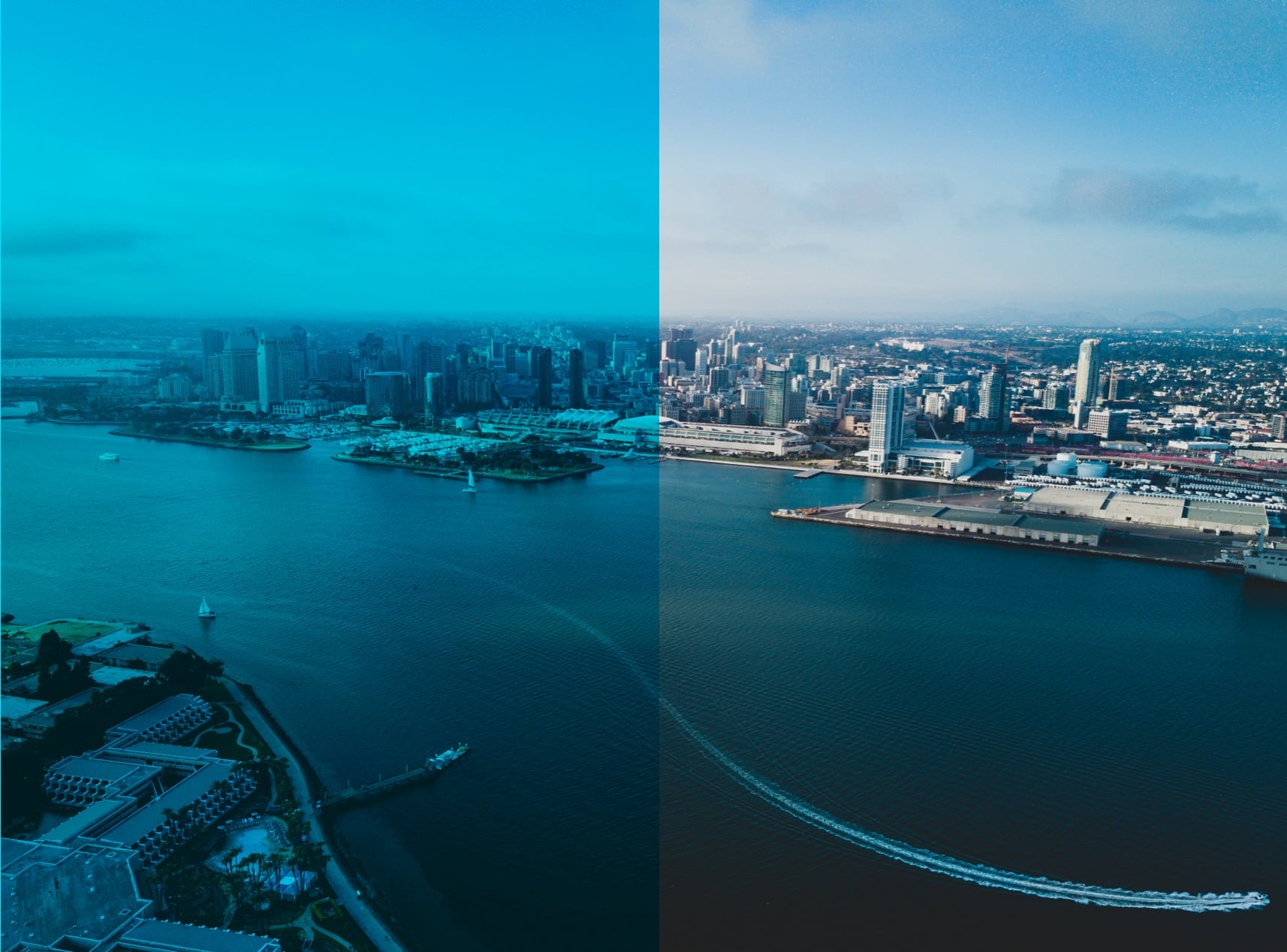 Join a fast-growing company with a deep foundation and vast opportunity, where every contribution matters.

Our location in the heart of San Diego’s thriving life sciences community means our team is made up of industry-leading experts in a range of disciplines and from a variety of backgrounds, united by a shared passion for turning science into meaningful discoveries for cancer patients.

Ana Kusnetzow, Ph.D. serves as Vice President of Biology at Radionetics. She was most recently Senior Director at Crinetics Pharmaceuticals, Inc. where she led the in vitro pharmacology group that supported multiple discovery programs. She was also the program leader for a first-in-class ACTH antagonist, CRN04894, for the treatment of diseases caused by excess ACTH (e.g., Cushing’s disease and congenital adrenal hyperplasia) and co-led the Crinetics discovery program that gave rise to the nonpeptide targeted radiotherapeutics platform that is the basis of the Radionetics pipeline. As a founding member of Crinetics, she established diverse biology capabilities supporting small molecule and biologics drug development from the ground up, culminating in a $40 million Series A and was a significant contributor to the success of the discovery team that culminated in the nomination of several developmental candidates. Throughout her career and graduate and post-graduate work, Dr. Kusnetzow has focused on the structural and pharmacologic characterization of G-protein-coupled receptors to aid in drug discovery and development. Dr. Kusnetzow holds a Ph.D. in Chemistry from Syracuse University, as well as a B.S. from Adrian College. She also conducted post-graduate training at the Jules Stein Eye Institute, Geffen School of Medicine at the University of California, Los Angeles.